UPDATE!!!
My appearance has been moved to this Friday, July 12, 2013, at the same time.  Dr. Gina Loudon got a call this morning from FOX to appear on NEIL CAVUTO today discussing getting rid of the IRS (Yessssss!!!!).  Ah the troubles of being such a popular and in demand radio talk show host, and a FOX News favorite!  Be sure to tune in and watch her decimate the most evil organization since Stalin.  And just for fun, a WARCHICK archive article on the evil, Founding Fathers Forbidden income tax enacted 100 years ago this year as a reminder of our Politically Castrated Islammunist and out of control, in desperate need of firing by we the people, elected workers!
THE TOP TWO PERCENT--UnConstitutional Generation
EXCERPT:
The laws regarding Income Tax, first declared in 1861 to pay for the Civil War, expired in 1871, then tried again in 1894, ruled unconstitutional by the Supreme Court, took final and permanent hold in 1913 under Woodrow Wilson. (CAVEAT: Note the "temporary tax" to pay for the Civil War. America may have gotten a temporary reprieve from the ungodly tax, but the addiction had been triggered. THE LESSON? Never trust a "temporary tax." There is no such thing as temporary with the lucre possessed.)
Why?
Because

Wilson the Wicked and his followers promised that less than the top one percent of Americans would have to pay, and don’t you just want to stick it to those rich SOB’s? Wilson had the first Democratic Congress in 18 years, and through arm-twisting and good old class warfare, he made Mammon (Aramaic for "riches") our new God, and the law of the land its brutal enforcer. Had we stood our ground and said, "It’s just as wrong to tax my brother’s increase as it is to tax mine," we would not have the increasingly unconstitutional and crippling taxes that have people overwhelmed, overburdened, and enraged. The 1% in Wilson’s reign quickly became the vast, vast majority, and it took only a very few years for income tax to become the chief source of income for the government.
And these are the lucre addicts we continue to trust and enable? It now takes the average American until JULY before he is working for himself. In spite of the laws against slavery and indentured servitude, the income tax gave politicians the right to live off the sweat of your brow. It created the slave state, at least for half the year...
Watch Dr. Gina today and see ya'all Friday, 4:30 PM Mountain Time!!!﻿
﻿
Yes, we Hot Conservative Chicks hang together, and your own WARCHICK is hangin' with the hottest of the hot, Dr. Gina Loudon's Radio Show!! 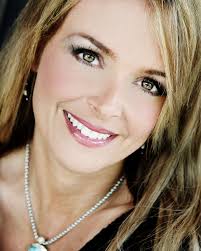 Her radio show is nationally syndicated and wildly popular as one of the mouth watering babes of the Super Mega ULTRA HOT POLITICHIKS!


Just in case you've been in a coma the past decade, here's a little about Dr. Gina, absorb the awesome of a dame that ROARS!﻿ Dr. Gina Loudon has 2 Masters Degrees and a PhD in psychological fields (Psychology [WWU]; Counseling Education [SLU]; Human Development [FGU]; Human and Organizational Systems [FGU]). She is co-author of Ladies and Gentlemen: Why the Survival of our Republic Depends on the Revival of Honor. She is credited as one of the “100 Founding Members” of the Nationwide Tea Party movement, Founder of Arizona BUYcott, and originator of the field of Policology–the nexus of politics and psychology.

Dr. Gina does a radio show broadcast both terrestrially, and on this site daily. The Dr. Gina Show focuses on living well, and the psychological aspects of culture.

When Gina has done her small part to help to save the Republic, she plans to sail around the world with her family (and maybe a camera crew!)

Wife and mother of 5, one with Down Syndrome by the miracle of adoption.

“When you’re rushing out to buy my book, don’t miss the Dr. Gina Show every day…”
- Ann Coulter

“If you’re diagnosed with liberalism, Dr. Gina will cure you.”
- Dick Morris

“Dr. Gina, you are an Uncle Ted Spirit of the Wild blood brother.”
- Ted Nugent

“Listen to the Dr. Gina Show or the baby seal gets it!”
- Fingers Malloy, FTRRadio.com

My name is WARCHICK, I write Military History and conservative commentary, and...

...I STAND WITH ISRAEL

From THE NAKED COMMUNIST, by Cleon W. Skousen

WARCHICK is EVERYWHERE, and she's watching you! mwah hah hah!

Read her and Heed her at all these smart places! Visit Smart Girl Politics

FORGOTTEN WARRIOR: Twice In One Day -- Video Proposal, get involved, spread the word!

My Big FAT Greek salute for my friend Phaedon

WHEREVER I STAND MY HEART AND SOUL ARE WITH GREEKS!

Yup, WARCHICK's on SKYPE! You can sign up for free and add her to join in conference calls, IM's, or even quick--I mean it!--phone calls and video calls. Skype name: WARCHICKUSA Add me by searching for my email resalaru@gmail.com, my name, or SKYPE name. You know you want to...

WARCHICK on Milblogging.com!!! Your prayers have been answered!!!

THE WARRIOR SONG, Hard Corps version...GOOD NIGHT CHESTY, WHEREVER YOU ARE!

FIGHT FOR ME, by Citizen Reign...just awesome

Because the American Constitution--the foundation of this nation--is perfect. Since the foundation is solid, we need a RESTORATION, not a REVOLUTION. A REVOLUTION is only necessary when the core is rotted through, and that is not the case here.

1. We stand with Israel because Israel is right. 2. We stand with America because America is free. And God stands with us so long as we continue numbers 1 and 2. Mess with us and you mess with Him. You might want to do a little reading up on His attitude toward those who stand against His beloved Israel, just in case there's any doubt. Israel (Jews) and America (Joes) are united to the end. If you can't handle that, take it up with our leader. Just kneel and wait...He'll be with you shortly.

We wait for the day that North Korea is freed from that stunted little Man-wanna-be in platform shoes and electrified hair. A butt-load of guns dropped all over North Korea should do the trick. Merry Christmas early, people of NK!

God, freedom, guns, and dead commies...puts the red in my neck, the white in my trash, and my foot in the ass of commies, hippies, femmies, and Islammunists.

Man I love this Country! Here's to one helluva RESTORATION!